Celebrating 15 Historical Transwomen of the World

As we celebrate Women’s History Month, and in commemoration of International Women’s Day on March 8, the TransFamily Alliance is amplifying the stories and experiences of 15 historical trans women and their impact on global LGBTQ+ activism. 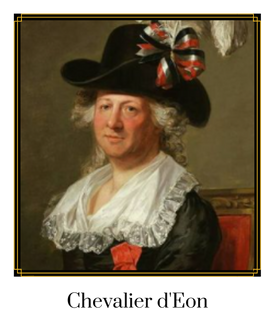 Born in 1728 to a poor but noble British family, the Chevalier d’Éon was many things–a spy, soldier, celebrated diplomat — but mostly she remains a mystery. One thing is certain–she was publicly out as trans. In 1763 she was named as a diplomat to Russia and England, though she was secretly working as a spy for France. He helped negotiate the end to the Seven Years War between France and Britain. In a scandalous double-cross, she published a detailed book about her diplomatic correspondence as a minister, and threatened to reveal more. This led d’Eon to spend a decade in exile until 1775 when King Louis XVI offered to publicly recognize her as a woman if she surrendered all spy-related documents. She took the deal and lived as a woman until her death in 1810 at the age of 81.

Danish painter, Lili Elbe (1882-1931), was one of the first recipients of gender affirmation surgery.  Though she became famous as a painter under her legal name, Einar Wegener, in 1930 she changed her legal name to Lili Ilse Elvenes (later adopting the surname Elbe), and stopped painting after transitioning.  Earlier that year, she traveled to Germany for gender affirmation surgery–highly experimental at the time. She endured four surgeries, including a uterus transplant. Unfortunately, Lili’s immune system rejected the transplant, and she died from cardiac arrest due to infection just three months after her last surgery. 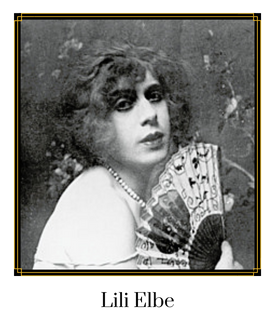 Actress and nightclub singer, Christine Jorgensen (1926-1989), became the first person to be widely known within the United States  for having gender affirmation surgery.  After her military service in the U.S.  Army, she traveled to Denmark to obtain special permission to undergo a series of gender affirming surgeries, which started in 1952. Upon her return to the U.S. , her story became front-page news, and Jorgensen became a sort of instant celebrity.  Later, Jorgensen lectured on the experience of being transgender, and published her autobiography, Christine Jorgensen: A Personal Autobiography, in 1967. Jorgensen died in 1989 from cancer, though her legacy of helping bring light to gender identity and shaping a new culture of inclusivity for transgender people will live on. 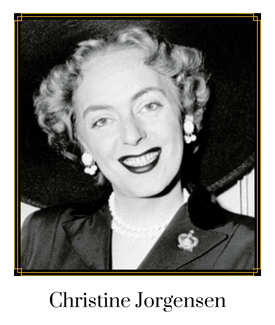 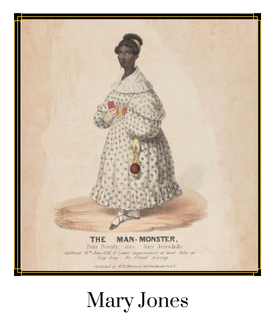 As a 19th-century black sex worker, Ms.  Mary Jones was one of the earliest known American transwomen. On June 11, 1836, Jones was brought to court for theft after allegedly pickpocketing $99 from a white john she’d had sex with the night prior. During her interrogation, it was discovered she had assigned-male anatomy, and used a homemade leather device to simulate a vagina so her johns wouldn’t be the wiser.  Further, police found dozens of stolen johns’ wallets–all white upper class men–in her home, though they were never reported stolen due to the johns’ fears of the backlash from the conservative society for comizerating with a black trans prostitute. Through it all, Jones continued dressing in elegant women’s clothes, ignoring the daily jeers and harassment. Ultimately in the following year, Jones was sentenced to five years in prison. Her sentence was crudely sensationalized through an illustration of her, dubbing her “The Man-Monster.”  After she was released, she was again arrested, this time for simply dressing in women’s clothing. She served five months in Sing-Sing prison, after which time she disappeared from history.

Little is known about Mexican-born Mrs.  Nash, a beloved and famous laundress who worked for General Custer’s wife, Libby. She spoke Spanish, she worked for the U.S.  Army, and married three different times to enlisted men. She was known as a talented seamstress, skillful baker and tamale maker, and dependable nurse and midwife.  When she fell ill in the Fall of 1878, she requested that she be buried as she died.  However, her wishes were not respected.  It was only during her burial preparation that it was discovered she was assigned male at birth.  Sadly, Mrs.  Nash’s first name and early life has been lost to history. 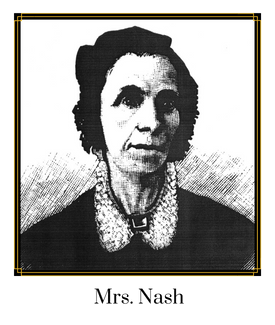 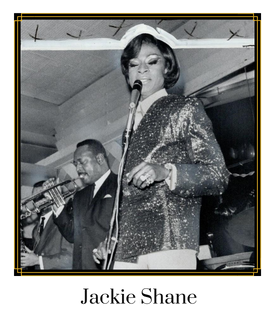 Nashville-born Soul pioneer, Jackie Shane (1940-2019), broke ground in the 1960’s as one the first openly trans performer in the local music scene of Ontario, Canada. Growing up in the Jim Crow South, Shane started singing gospel in church, and though she identified as a woman since she was 13, she told people instead that she was a gay man, as they didn’t understand how to accept her. Her natural talent and passion shone through and she was encouraged to leave the South and travel to perform.  She packed nightclubs in Toronto, and appeared on the local TV show Night Train.  She was so popular, her audience was 50/50 White and Black fans.  Shane mysteriously walked away from her music career in 1971, and over the following decades, she became an internet curiosity and minor cult heroine among music aficionados.

Born on North Island of New Zealand to a Māori family, Carmen Rupe (1936-2011) was an anti-discrimination and HIV/AIDS activist, would-be politician, brothel keeper, and also New Zealand’s first transgender drag queen and Australia’s first Māori  drag performer.  She entertained and outraged New Zealanders throughout the 1960’s and 70’s.  Rupe made history in 1966 after she was arrested for wearing women’s clothing, as, although she was misgendered, the judge in the case ruled that he was unable “to find anything in our law which says that it is unlawful for a male to attire himself in female clothing.” Rupe published her autobiography in 1988, Carmen: My Life. 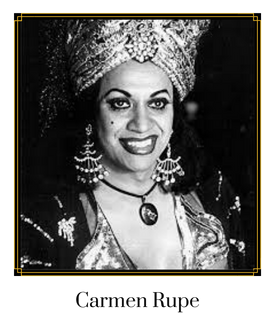 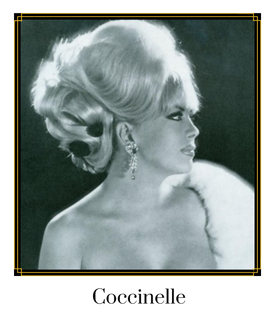 Born in Paris in 1931, actress and showgirl Jacqueline Charlotte Dufresnoy, best known by her stage name, Coccinelle (“Ladybug” in French), was one of the earliest trans women to undergo gender affirmation surgery.  In 1952 she began hormone therapy, and in 1959 underwent vaginoplasty.  Her surgery and subsequent marriage led France to amend its laws, allowing the gender marker on one’s birth certificate to be changed after similar surgeries, and also allowed French trans citizens to marry.

Waitress, singer, comedian, actress, and exotic dancer, Sir Lady Java (1943-  ) also worked as a “female impersonator”, which was illegal in the United States at the time.  Transitioning at a young age in New Orleans with her mother’s support, Lady Java’s confidence ultimately propelled her into the Los Angeles nightclub scene. However in early 1967, police began shutting down Lady Java’s performances, citing infamous “Rule Number 9”, a local ordinance prohibiting people from impersonating the opposite sex through “costume or dress.” Lady Java took legal action against the law, but the courts ultimately rejected her case. Despite the loss, Rule Number 9 was abolished two years later, paving the way for trans women to express their authenticity. 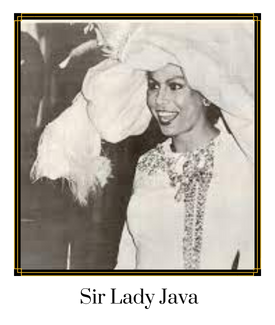 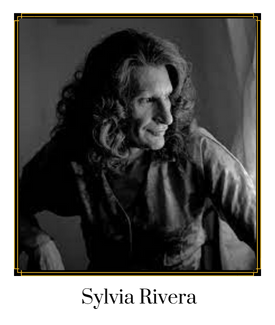 Born to Puerto Rican and Venezuelan parents in 1951 New York, Sylvia Rivera spent her life advocating for LGBTQ+ rights, including participating in the infamous 1969 Stonewall Riots.  Bullied as a child for her “effeminate” behavior and kicked out of her home on several occasions, Rivera, along with Marsha P.  Johnson,  went on to co-found STAR (Street Transvestite Action Revolutionaries), a New York City group dedicated to providing housing and support for homeless LGBTQ+ youth and sex workers.  Rivera’s understanding of gender was fluid: sometimes she identified as a woman, sometimes as an “effeminate” gay male, and sometimes as her third gender.  She passed away in the early hours in February 2002, but her legacy will live on as a heroic LGBTQ+ activist.

Born in 1934 New York, Renée Richards worked as an ophthalmologist and professional tennis player.  From the mid-seventies until her retirement at age 47, Richards is known to have been the first openly transgender woman to play professional tennis. Richards underwent gender affirmation surgery in 1975, but in 1976 she was outed by the press after a victorious tennis tournament. In response to this, the U.S.  Open required genetic screening for female athletes to essentially bar Richards from playing.  She sued, and in 1977, the Supreme Court ruled in her favor. 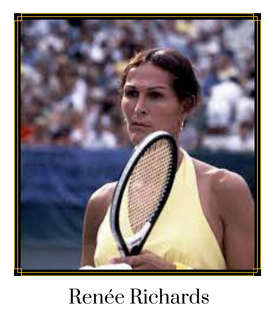 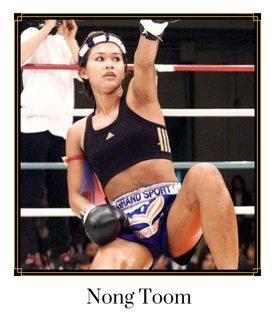 Parinya Charoenphol, better known as Nong Toom, was born to a family of poor nomads in a Thailand village. After being expelled from a monastery, she began training at age 12 to be a Muay Thai kickboxer.  It worked–she became a champion, winning 20 out of 22 matches. By 1999, Toom was able to afford the insurmountable fees associated with gender affirmation surgery.  After transitioning, she became a subject of controversy, as women weren’t allowed to fight in kickboxing matches. Some felt her participation tarnished the steep tradition of Muay Thai kickboxing, nevertheless, she persisted. She went on to be a model and actress.

Roberta Cowell (1918-2011) is known to be Britain‘s first transgender woman, as she–like Lili Elbe–was one of the first people to ever undergo gender affirmation surgery.  Before her transition, Cowell was a race car driver, and pilot as an airman in the military.  She was shot down and became a WWII P.O.W. in 1944, was rescued in 1945, after which she repatriated to the U.K.  A few years after the war, she left her then-wife and two daughters to seek help for depression.  After intense psychotherapy, she realized she was transgender, and began her transition in the 1950s.  She later returned to racing and flying. 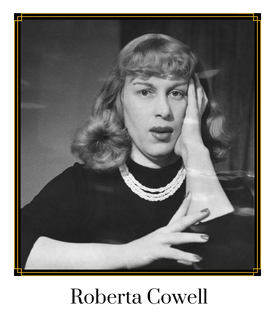 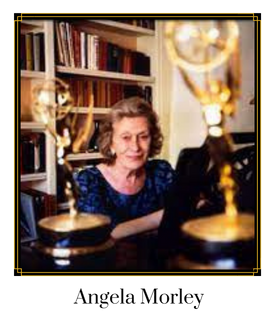 Oscar-nominated Angela Morley (1926-2009) made history as the first openly trans composer anywhere. Born in Yorkshire, England, Morley transitioned in 1972, and lived openly as a trans woman thereafter. Morley has won three Emmys for her musical arrangements, and earned eight Emmy nominations for music composition on TV shows such as Dynasty and Dallas.  She was twice nominated for an Academy Award for Best Original Song Score for The Little Prince (1974) and The Slipper and the Rose (1976), making her the first openly transgender person to be nominated for an Academy Award.

Growing up trans in working-class Liverpool, England in the 1960’s was no easy feat. Unfortunately, model and actress, April Ashley (1935-2021), was outed as a trans woman in 1961. She again made headlines in 1971 with her court-ordered annulment from her husband, Arthur Corbett, as a judge ruled the marriage was invalid due to Ashley being a ‘biological male.’ The law this judgment was based on affected generations of trans UK citizens, and wasn’t changed until 2004. Ashley continued her fight for gender equality, and was ultimately awarded an MBE for her services to trans equality at Buckingham Palace in 2012. 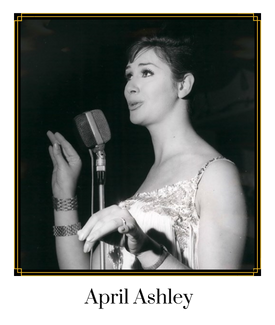 Though trans women have been conspicuously absent from history books, their  contributions to society are no less significant. We pay homage to the brave pioneering trans women who came before us, as they are the ones who forged the path our children will continue on for generations.